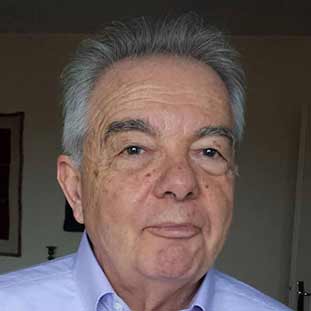 Jean-Louis IGARZA retired from the French MoD in January 2010. Since that time, he has supported the Antycip Simulation Company as a consultant.

In his last position within the MoD, he was in charge of the development, policy and use of M&S standards in the MoD General Directorate for Armament (DGA).

He was formerly Chief Scientist for the NATO Modeling and Simulation Co-ordination Office (MSCO) from its inception in October 2000 to September 2003. He has been a NATO M&S Group (NMSG) member continuously since 2003 and even chaired it from May 2006 to May 2008. He is now one of the few members at large of the NMSG.

The main part of his career was in the Operational Analysis area (air force domain). He got a Ph.D. (University of Paris, 1969) and has a background in Operation Research, Statistics, Probability, etc. He had many teaching roles in French high schools and universities. Among them, he taught M&S at the University of Versailles as an associate professor for ten years.

He is presently an elected member of the SISO Standards Executive Committee. He was a founding member of the European Training and Simulation Association (ETSA).